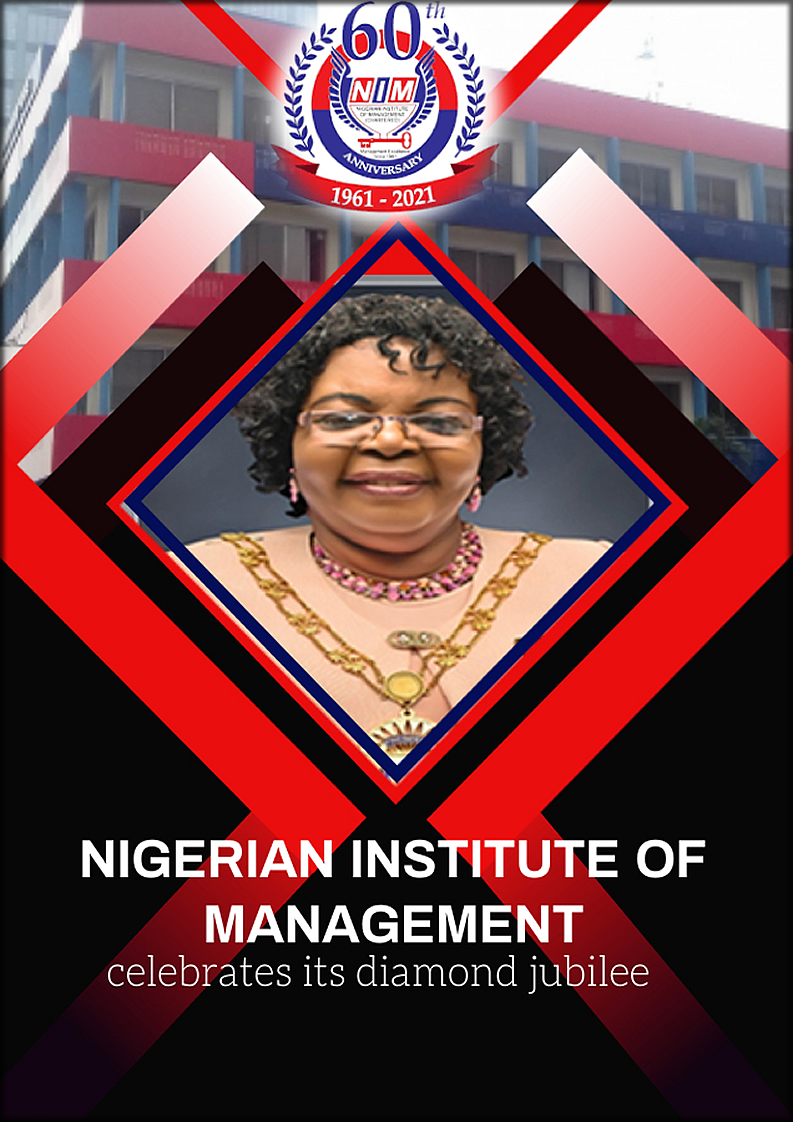 The Nigerian Institute of Management (Chartered) is 60 this year and a lot of activities have been lined up to celebrate the Diamond Jubilee in grand style. Two major events to mark the celebration are Anniversary Lecture and Anniversary Luncheon. The 60th Anniversary Lecture is scheduled to hold on Wednesday, July 14 and the Luncheon Thursday, July 15, 2021.

According to a statement issued by the Registrar/Chief Executive of the Institute, Mr. Tony Fadaka, the 60th Anniversary Lecture which has Celebrating 60 Years of Management Excellence: Poised for More as its theme is expected to be delivered by Dr. Ngozi Okonjo-Iweala, a renowned Developmental Economist, Nigeria’s former Minister for Finance and the current Director-General of World Trade Organisation (WTO) while Dr. John Momoh, OON, Chairman/CEO, Channels Television, will be one of the discussants.

The Registrar who said that the Institute has been in the fore front of entrenching management excellence through painstaking best management practices in the country in the past sixty years described “Management excellence as the deep, driving, constant pursuit of greatness in a business, career and profession”. Speaking further he opined that “management excellence is an aspirational state of being always slightly beyond the current state of management practice providing fuel for learning, adaptation, and growth”. Continuing, he said that “this is what the Institute stands for, having impacted positively on the human resource of the nation through capacity building, re-engineering, consultancy and human capital development since its establishment in 1961 to regulate and control of the Management profession”.

The Registrar stressed that the choice of Dr. Okonjo-Iweala as guest speaker is in consonance with what the Institute stands for; its usual poise to go for the best, and in recognition of the guest speaker’s wealth of experience and achievements both nationally and globally. He is confident she will do justice to the theme.

The Anniversary programmes which will be attended by members of the Institute, representatives of Governments, corporate organisations, the press and the general public will kick start with the unveiling of the Anniversary logo and Jingle by Dr. John Momoh on Tuesday, April 27, 2021. The hybrid event (physical and virtual) will hold at Chris Abebe Auditorium inside the Institute’s Management House, Plot 22, Idowu Taylor, Victoria Island, Lagos.